First, an apology for the lack of blog activity. I decided, as Microsoft had stopped supporting Windows XP, that I should upgrade to Windows 7. Can't be that tricky can it?

I am back online now and my data has been restored, I hope....

So, since my last post, I have managed to ringing sessions. There aren't many photos I'm afraid as i was ringing on my own.

On Sunday 22nd I had a good session and caught 35 birds, 30 of them were new and the rest re-traps and a controlled reed bunting. It was nice to finally catch some juvenile warblers (blackcaps, willow warbler and whitethroat). I caught eight willow warblers, three of them were juveniles, the rest adults, which makes me think there has been second wave of arrivals. An adult swallow was something we don't catch at often at Druridge.

There were six spoonbills on the Budge fields on Sunday morning, which was amazing to see and certainly my site record count.

During the last week, other highlights have been the steady build up of the scoter flock offshore, which now numbers circa 500 birds. On Tuesday night there was at least one drake velvet scoter among them. Another amazing sight was on Thursday evening when a flock of over 7000 starlings were feeding around the Budge field and the adjacent recently cut silage field - there's gotta be a pink one among them, surely?

A funny moment was when a roe deer walked across the field and lifted a group of 500 or so starling, it got such a shock, making it jump backwards, it then looked up and watched the birds fly off before proceeding, with caution.

I had another ringing session on Friday morning, catching 34 birds. Another swallow, this time a juvenile, was different. Strangely, I caught three juvenile coal tits, which is odd because I've not seen any adult coal tits at Druridge this year and these were very recently fledged. All I can assume is that they have come from the shelterbelt where the herons live?

Today's highlights were four spoonbill, 18+ black-tailed godwits and ten snipe on the Budge mud and a distant female marsh harrier.

I tried a seawatch this evening, I only gave it an hour or so because it was really cold in a force 4-5 northerly. About 19 manx shearwaters went north and there were either three or five arctic skuas (two might have doubled back and been counted twice). It was good for close gulls again...

There were two juvenile reed buntings on the boardwalk tonight.

I'll end with this little sequence from Seahouses harbour on Wednesday, when I watched a cormorant wrestle with and eventually swallow a large flatfish. 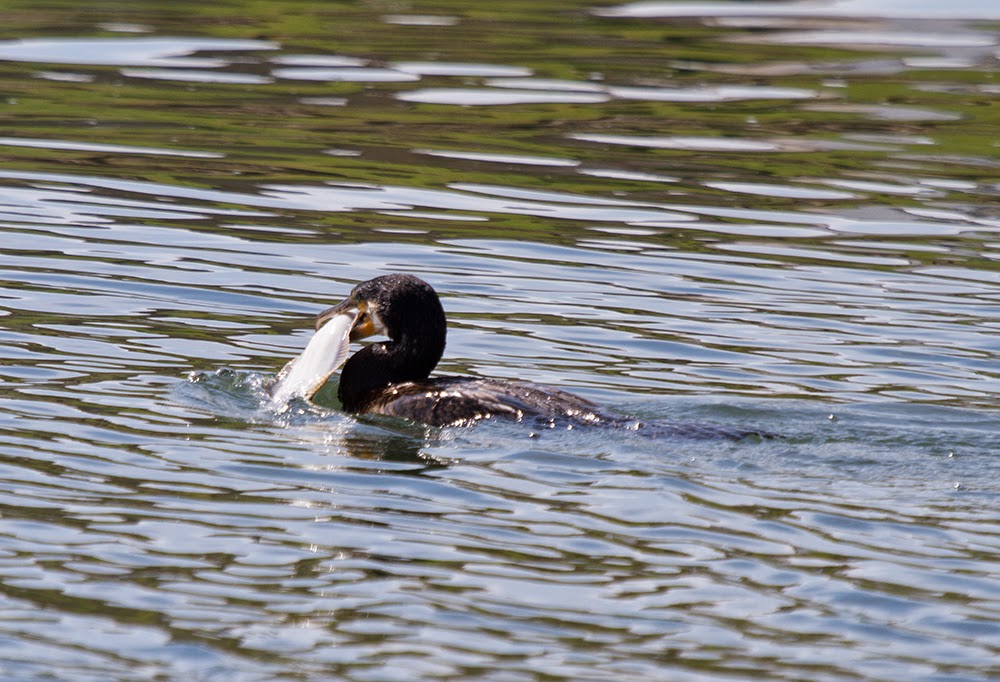 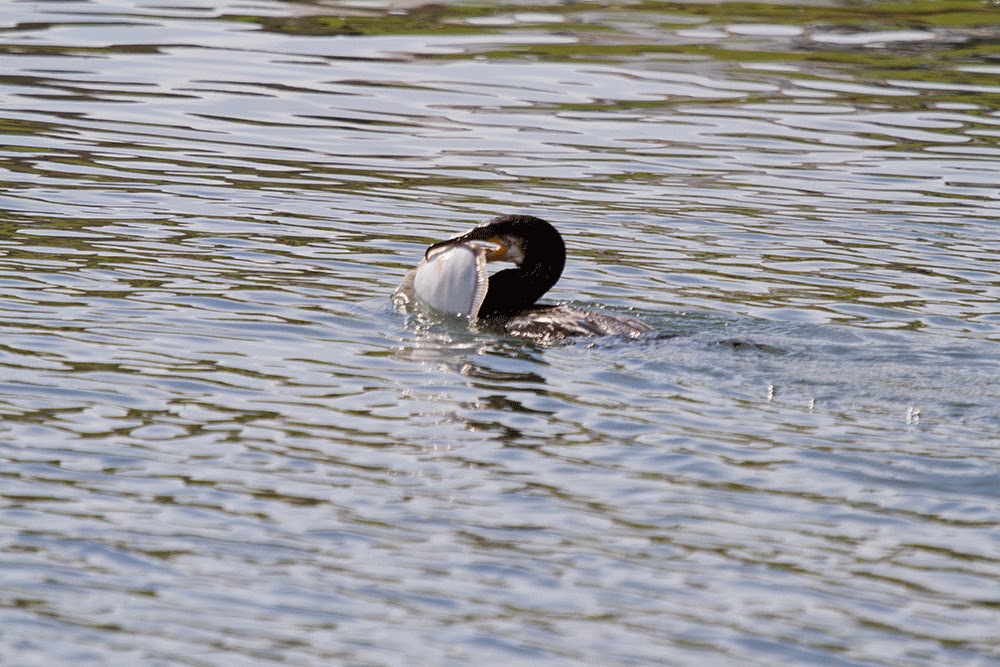 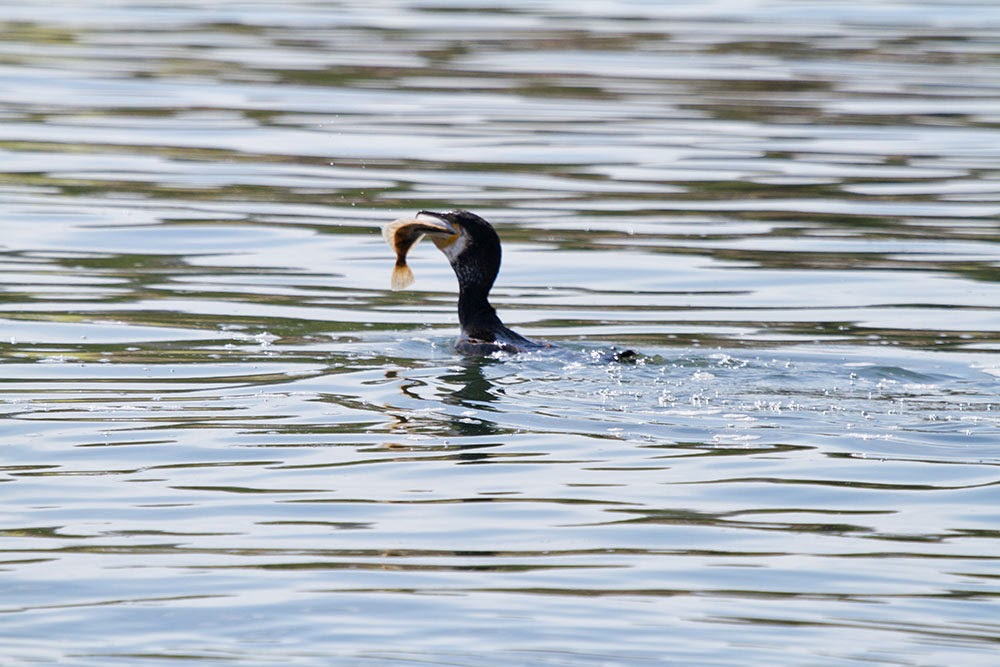 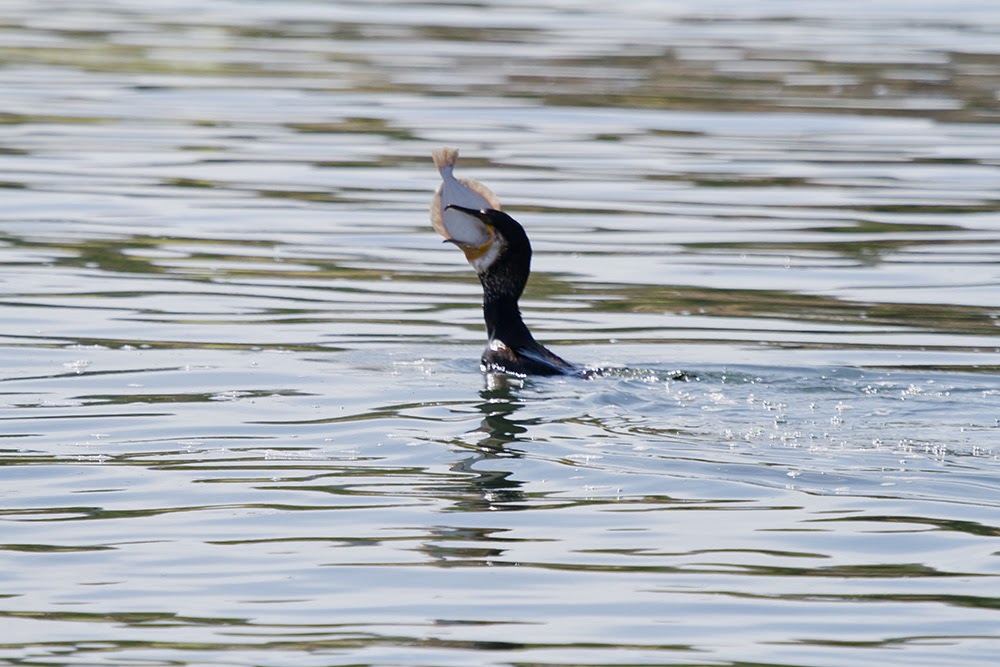 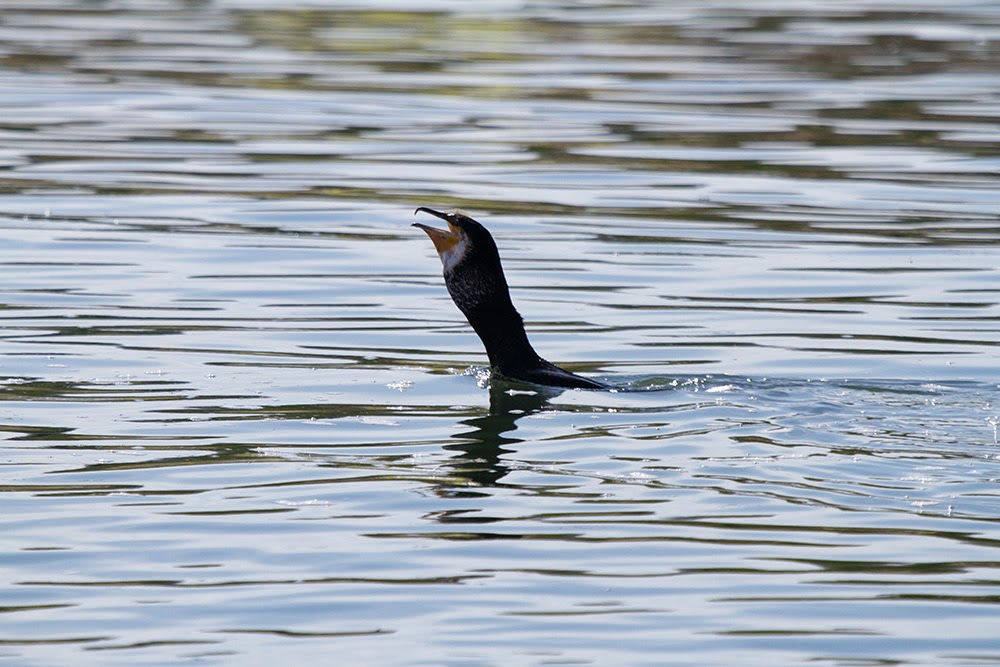 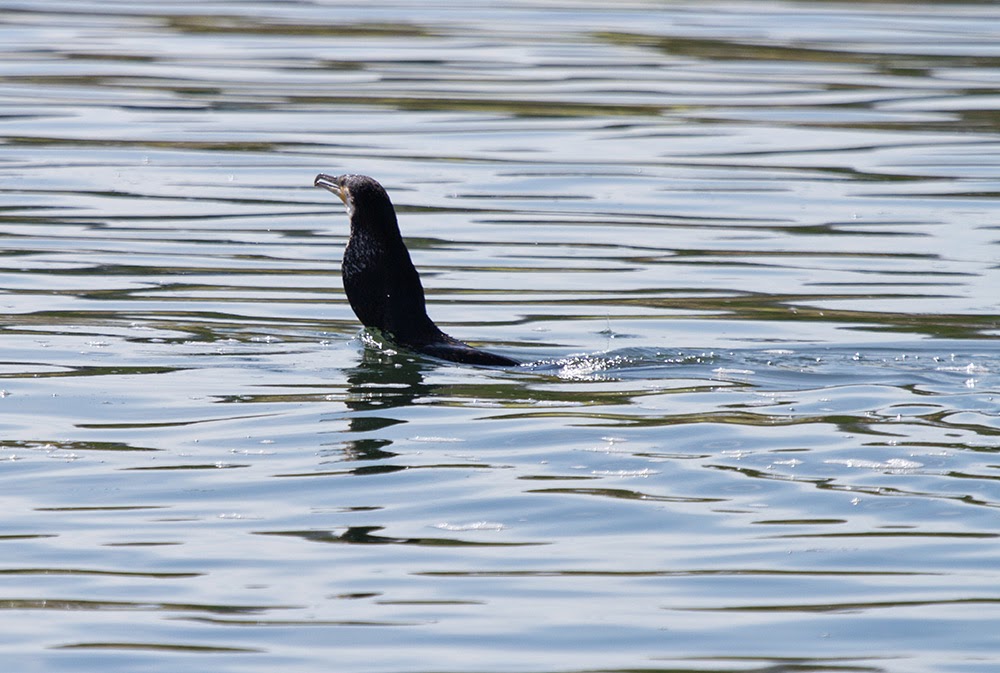 Nice captures here! I have never seen a bird consume such a huge fish and it looks like pretty quickly! Does the unlucky fish simply get swallowed wriggling all the way down?! It looks like you can see it still in the bird's neck/gullet at the end there, I'm guessing not much chance of wriggling back out?? It must have been a filling (and lively!) meal for the bird either way! Keep it up! ;)