A bit of a wander roond the patch

I had a bit of a wander to the far flung ends of the patch today.

After seeing twite and pied wag on the dunes to the south, my route took me firstly to the Oddie hide, but not before I had stopped to look at a lone whooper swan on the Budge fields. Initially the big pool looked empty (for some reason when the pool is full (the outflow is blocked with flotsam and jetsam) there are never any birds on it - an edge thing?) other than a handful of tufted duck and teal, then a long-tailed duck popped up in the middle of the pool. Then, when I scanned the seaward side, a red-throated diver had appeared. It didn't hang around long before it flew off towards the south. 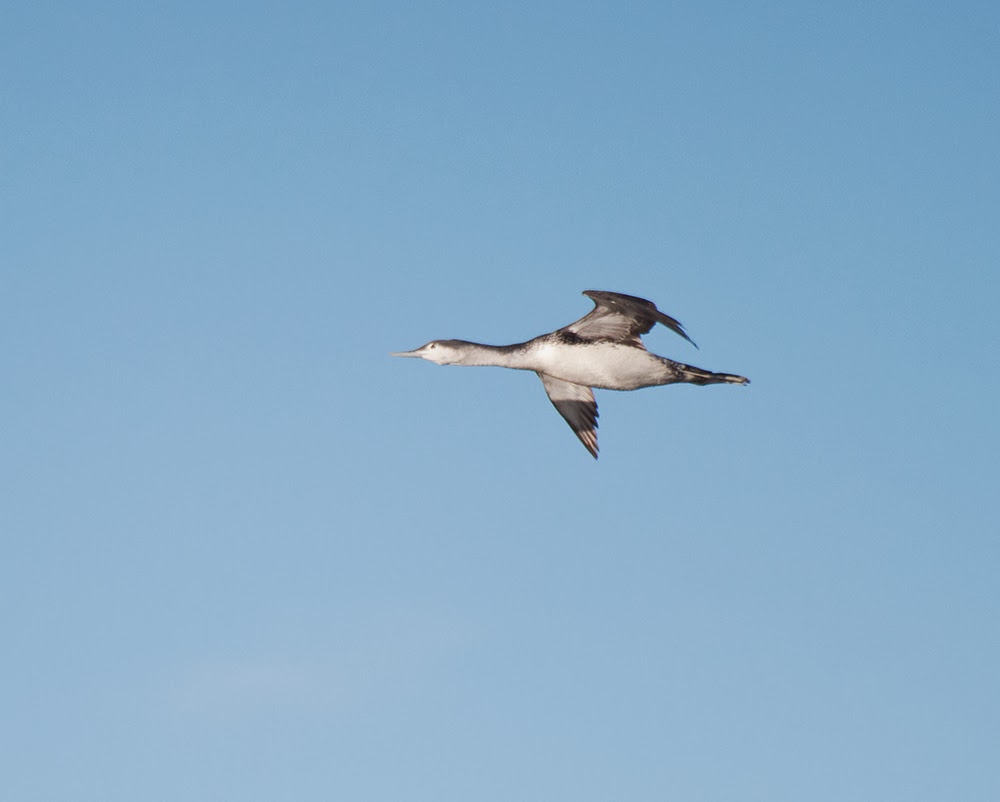 My route then took me to the preceptory, which was owl-free, and then down to High Chibburn Farm where a flock of 200 or so golden plover lifted off the fields. At the farm  house sparrow, collared dove and dunnock were added to the year list. At the cottages, tree sparrows and a great tit were coming to the feeders.

In front of the cottages, a skein of over 2000 pink-footed geese dropped in. I scanned them later in the scope, they were all pink-feets.

Four pintail were on the Budge fields and two black-tailed godwits with the usual teal, wigeon and shoveler.

Offshore there were at least 77 red-throated divers in the bay, among them was a red-necked grebe, a good patch bird. Also on the sea were at least 25 guillemots and a couple of razorbills, mergansers and shags. A single sanderling was on the beach.