Last night, well early this morning actually, we went to Druridge with the hope of seeing the 'Northern Lights' or Aurora borealis to give them there proper name and we weren't disappointed.

At first it just looked a greenish-blue glow in the sky, to the north, so it couldn't have just been the  last of daylight disappearing overt the horizon. We watched it for a bit, it changed intensity a bit, but otherwise just a glow.


We decided to leave but before we even got back to the car, this appeared.

For the next half an hour or so we watched the 'northern lights' which took various forms from shaft of light - green at the base turning purple - to a long arc of light across the sky with further beams of light radiating from it. All very impressive and to top it off we had a soundtrack of long-eared owls and water rail. 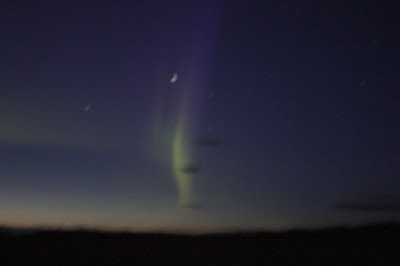 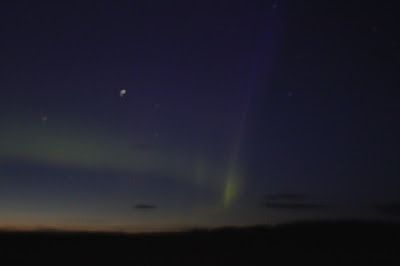 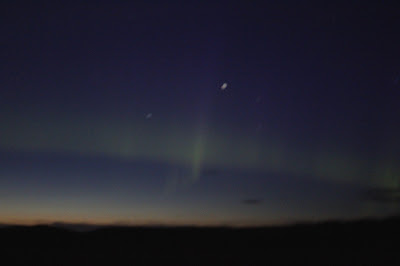 Thanks must go to David Steel, Hannah Bayman and the Nastromoners for the twitter updates.

Oh wow! I've dreamt of seeing these for years! I'm a bit of an amateur astronomer as well! You've been really lucky to see them! Fantastic stuff!